Use a .dev domain? Not anymore. - Medium engineering

A week ago, I didn’t even know .dev was a real gTLD. Historically it’s just been the realm of programmers who need a fake domain for testing. The domain never really existed, we just told our computers to pretend it does.
But the .dev gTLD does exist. And guess who owns it?
That’s right.
It’s Google.
Suddenly, it all makes sense. Who can decide to make an entire TLD secure?

Why I Quit Google to Work for Myself - Silly Bits

The problem, as I discovered at promotion time, was that none of this was quantifiable. I couldn’t prove that anything I did had a positive impact

For example, my team was receiving tons of distracting email alerts due to false alarms. Old me would have just fixed these alerts. But now I knew that for this work to appear in my promo packet, I should first set up metrics so that we’d have historical records of alert frequency. At promotion time, I’d have an impressive-looking graph of the alerts trending downward.

I adopted a new strategy. Before starting any task, I asked myself whether it would help my case for promotion. If the answer was no, I didn’t do it.

Some gripes about Go from this blog, specifically around developer ergonomics (syntax highlighting and language-inherent error detection), politics, packaging and distribution, GOPATH, and the tuple-oriented error handling idiom. As R. I. Pienaar noted, the Go community seems full of “at-Google-wes”, which is an excellent way of putting it.

PRPL is a pattern for structuring and serving Progressive Web Apps (PWAs), with an emphasis on the performance of app delivery and launch. It stands for:

Lighthouse is an open-source, automated tool for improving the quality of web pages. You can run it against any web page, public or requiring authentication. It has audits for performance, accessibility, progressive web apps, and more.
You can run Lighthouse in Chrome DevTools, from the command line, or as a Node module.

Source code of the rules used

Suzanne Sadedin's answer to What do scientists think about the biological claims made in the document about diversity written by a Google employee in August 2017? - Quora

"That said, the argument in the document is, overall, despicable trash."

"modern research is based on the much more biologically reasonable view that neurological traits develop over time under the simultaneous influence of epigenetic, genetic and environmental influences."

"We know that negative stereotypes damage people’s performance. We know that unconscious bias influences our judgement of others’ competencies. Consequently, whenever there’s significant cultural prejudice against certain groups, as there is with female software engineers, we expect to see inequalities emerge."

"in fact, a mutual commitment to fairness and empathy usually makes for much more productive discussion."

"Being emotionally disengaged in fact leads to very bad decisions. Whereas self-awareness — which involves understanding and acknowledging your emotions — does help you make better decisions."

"Racial differences in average IQ have been very widely discussed. Most researchers have concluded that these differences aren’t much attributable to any intrinsic characteristic of race, but are strongly related to differences in pre- and post- natal environment and nutrition." 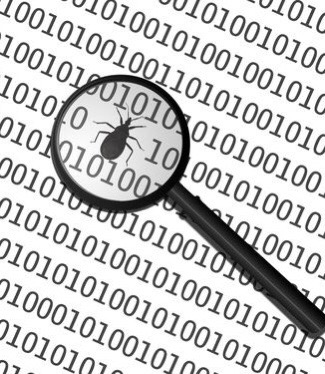 Specifically: advices on loading third party JS :
third-party script is slowing down your page load, you have several options to improve performance: