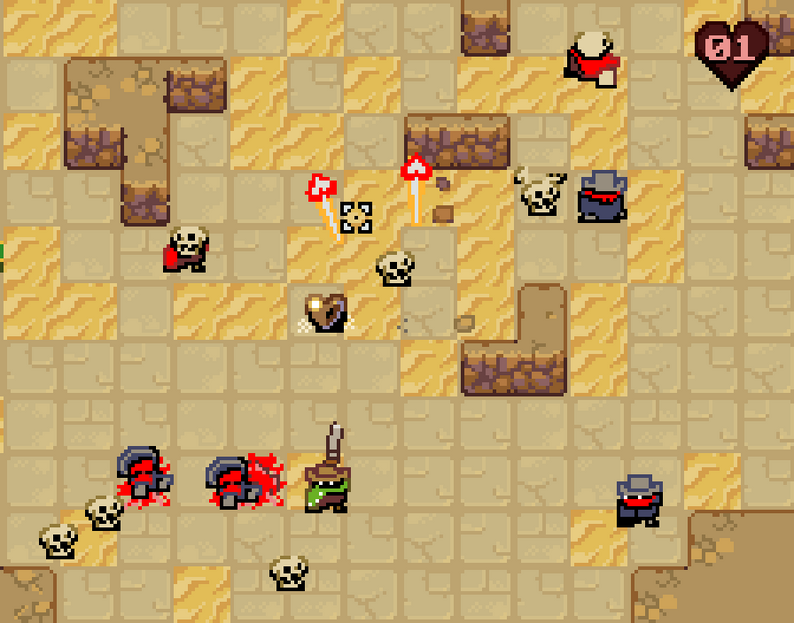 A western shoot-em-up where your hearts are your everything. Shoot through enemies and rock with your hp, and use it to buy awesome powerups from the shop. Delay your inevitable Demise. 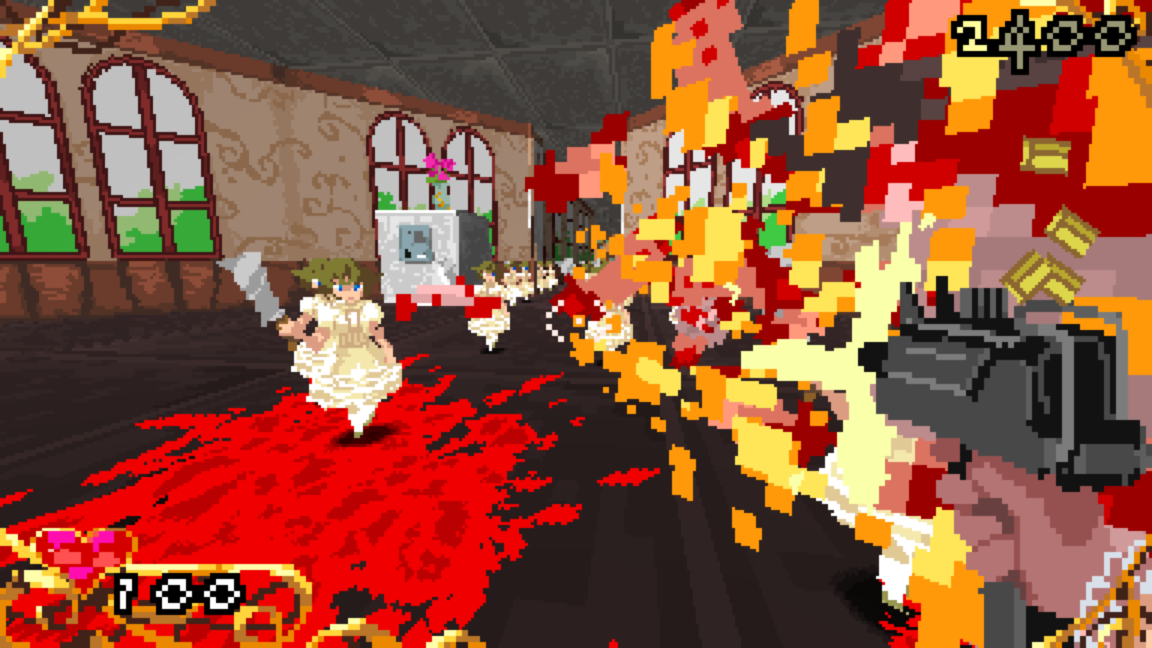 Crazy japanese FPS: 1 level + 1 bullet-hell boss, the game can be finished in less than 5min

This will be perfect for my secret "Minijeux" ttrpg project, as a deep-net hacker challenge.

Cogs of Combat by hwilson 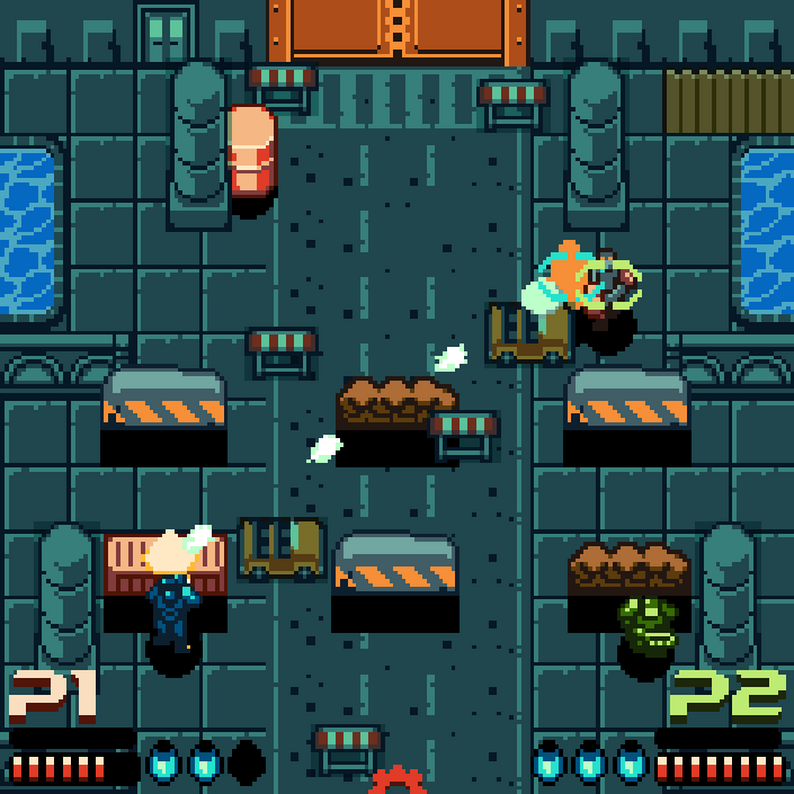 Parody demake prototype of Gears of War, sort of like a gallery shooter.

It's very short (<10min) but I liked playing it with a friend!

A lovely minimalist platformer game, with a gameplay similar to vvvvv.
It has simple yet impactful graphisms & narrative.

A Zen Guide to Paper and Pen Games There are a number of games you can play with just paper and pen. Not only do these allow for easy travel games, where all you need to pack or find are paper and pen, but paper and pen allow for some interesting abstract games where use of a pen allows for a unique type of game play. 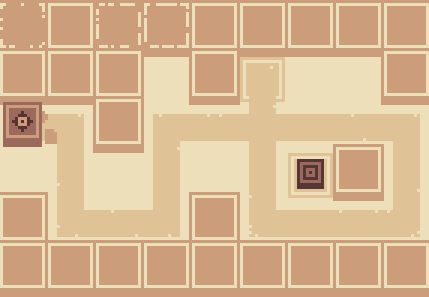 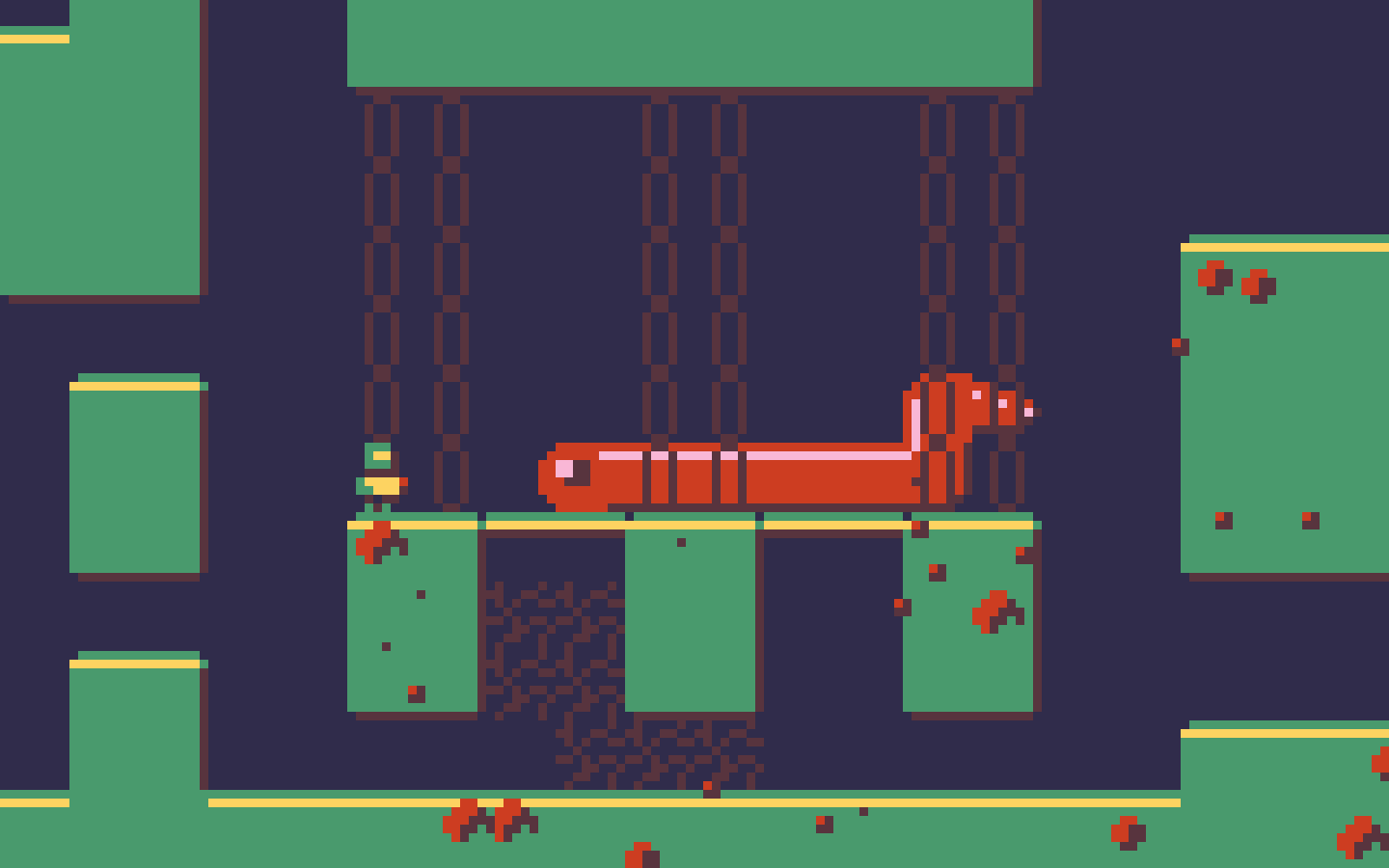 Button Men is a dice game for two players invented by James Ernest of Cheapass Games and first released in 1999.

Games are short, typically taking less than ten minutes to play. Each player is represented by a playing card of their choice, bearing the name and illustration of the combatant ("Button Man" or "fighter") assumed by the player. Each button indicates the quantity and maximum value (and abilities if any) of the player's dice.

This page contains a collection of small computer programs which implement one-player puzzle games. All of them run natively on Unix (GTK), on Windows, and on Mac OS X. They can also be played on the web, as Java or Javascript applets.

It is all distributed under the MIT licence.

GitHub - HandsomeOne/Nonogram: Another nonogram (also known as hanjie, picross and griddlers) editor and solver. No dependencies.

Awesome work, the editor + solver is fantastic to build you own puzzle !

My fork with minor improvements: https://github.com/Lucas-C/Nonogram/

Pillars is a 3d emotional flight through planets of the Solar System.
Dodge pillars and stand as long as you can to go for an high score!
In the two player mode you have to push your opponent into obstacles to score.

The Walls Are Not Cheese

Robot Dinosaurs That Shoot Beams When They Roar

Robot Dinosaurs That Shoot Beams When They Roar