The struggles of an open source maintainer - <antirez>

This creates an obvious congestion. Most people try to address it in the wrong way: using pragmatism. Let’s close the issue after two weeks of no original poster replies, after we ask some question. Close all the issues that are not very well specified. And other “inbox zero” solutions. The reality is that to process community feedbacks very well you have to take the time needed
So what happens? That you start to prioritize more and more what to look at and what not. And you feel you are a piece of shit at ignoring so many things and people, and also the contributor believes you don’t care about what others have to give you. It’s a complex situation.

Sometimes I just stop looking at issues and PRs for weeks, because I’m coding or designing: that is the work I really love and enjoy. However this in turn creates ways more pressure on me, psychologically. To do what I love and I can do well I’ve to feel like shit.

AVIF is a new image format derived from the keyframes of AV1 video.

Mentions: https://squoosh.app an image compression web app that allows you to dive into the advanced options provided by various image compressors.

Really nice read, that gave me some food for thought and includes a nice summary of the Open Source vs Free Software history.

Fuzzy, contentious, and complex ideas have been stripped of their subversive connotations and replaced by cleaner, shinier, and emptier alternatives; long-running debates about politics, rights, and freedoms have been recast in the seemingly natural language of economics, innovation, and efficiency.

Stallman’s may not have been the best software on offer, but some sacrifice of technological efficiency was a price worth paying for emancipation.

Any move to subject the fruits of developers’ labor to public regulation, even if its goal was to promote a greater uptake of open source software, must be opposed, since it would taint the reputation of open source as technologically and economically superior to proprietary software.

As O’Reilly put it in 2010, “the art of promoting openness is not to make it a moral crusade, but rather to highlight the competitive advantages of openness.”

It seems that anyone who wanted to claim that a revolution was under way in their own field did so simply by invoking the idea of Web 2.0 in their work: Development 2.0, Nursing 2.0, Humanities 2.0, Protest 2.0, Music 2.0, Research 2.0, Library 2.0, Disasters 2.0, Road Safety 2.0, Identity 2.0, Stress Management 2.0, Archeology 2.0, Crime 2.0, Pornography 2.0, Love 2.0, Wittgenstein 2.0. What unites most of these papers is a shared background assumption that, thanks to the coming of Web 2.0, we are living through unique historical circumstances. Except that there was no coming of Web 2.0—it was just a way to sell a technology conference to a public badly burned by the dotcom crash.

Some words—like “law”—are particularly susceptible to crazy talk, as they mean so many different things: from scientific “laws” to moral “laws” to “laws” of the market to administrative “laws,” the same word captures many different social relations. “Open,” “networks,” and “information” function much like “law” in our own Internet discourse today.

O’Reilly admitted that he was the one to edit the Wikipedia page for the book. O’Reilly is perfectly positioned to control our technology discourse: as a publisher, he can churn out whatever books he needs to promote his favorite memes—and, once those have been codified in book form, they can be easily admitted into Wikipedia, where they quickly morph into facts. What’s not to like about “collective intelligence”?

As long as this “open data” was liquid and reusable, others could build on it. Neither the political process that led to the release of the data nor its content was considered relevant to openness. Thus, data about how many gum-chewers Singapore sends to prison would be “open” as long as the Singaporean government shared it in suitable formats. Why it shared such data was irrelevant.

O’Reilly deploys the highly ambiguous concept of openness to confuse “transparency as accountability” (what Obama called for in his directive) with “transparency as innovation” (what O’Reilly himself wants).

If Participation 1.0 was about the use of public reason to push for political reforms, with groups of concerned citizens coalescing around some vague notion of the shared public good, Participation 2.0 is about atomized individuals finding or contributing the right data to solve some problem without creating any disturbances in the system itself.

In 2011, Cameron’s government released a white paper on “Open Public Services” that uses the word “open” in a peculiar way: it argues that, save for national security and the judiciary, all public services must become open to competition from the market.

Raymond writes in The Cathedral and the Bazaa [...] that “one may call [Linux hackers] motivation ‘altruistic’, but this ignores the fact that altruism is itself a form of ego satisfaction for the altruist.” If it sounds like Ayn Rand, that’s because Raymond explicitly draws on her crazy talk. The source code for these demos is freely available at http://github.com/jamis/csmazes

FreeBoardGames.org is a free and open-source board game platform. Enjoy free high-quality games on any device that can access the web. Study how the games are made, change them, and contribute back to the community! 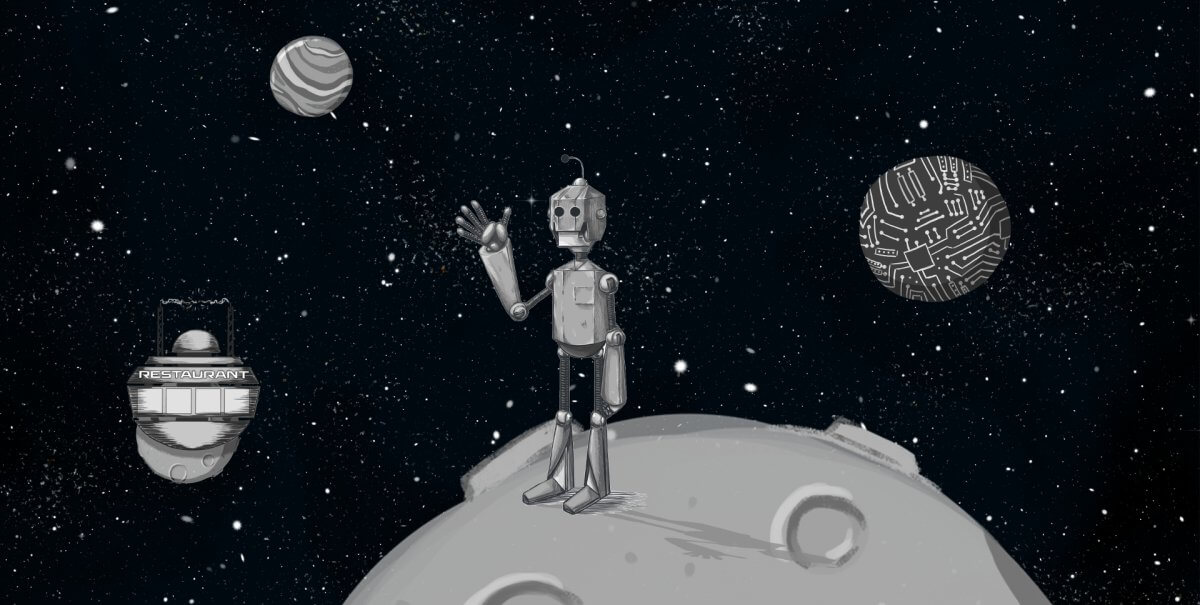 GitHub - climate-strike/license: Prevent oil and gas companies from co-opting your work and extracting more fossil fuels with this software license.

The Software may not be used in applications and services that are used for or aid in the exploration, extraction, refinement, processing, or transportation of fossil fuels. The Software may not be used by companies that rely on fossil fuel extraction as their primary means of revenue. This includes but is not limited to the companies listed at https://climatestrike.software/blacklist

It made me think about Tobie Langel idea to forbid the use of software for activities against human rights:
https://chezsoi.org/lucas/blog/minutes-of-the-fosdem-2020-conference.html#sunday-1255-bringing-back-ethics-to-open-source---tobie-langel

What I learned going from prison to Python | Opensource.com

So with that, I want to humbly challenge all of the programmers and members of the open source community to expand your thinking around inclusion and diversity. I proudly stand before you today as the representative of a demographic that most people don’t think about—formerly incarcerated people. But we exist, and we are eager to prove our value, and, above all else, we are looking to be accepted.

The video is on Youtube and is really a must-see.
Moving and fascinating:

The library was one of the most secure places at the prison.

k6.io - Performance testing for developers, like unit-testing, for performance

The Open Source movement has always been focused on code. The result is a system that sadly neglects people. Many maintainers find themselves in a curious place. On one hand, we have people who regret seeing their code used for unethical purposes, but, because of the Open Source values they previously embraced, are unable to do anything except watch their code become weaponized. Others, perhaps not grasping that the gift economy has been usurped by more powerful forces, struggle to figure out how to make ends meet even as their labor creates immense value for others. We find ourselves in this position because the key Open Source values exacerbate an existing injustice: Because the OSI definition of Open Sources values the consumers of code over creators, Open Source helps concentrate power in the hands of already powerful actors at the expense of maintainers. I feel that not only could we do better, we have a moral imperative to find better development models.

Marble Marcher is entirely ray-traced in real time and is played on the surface of evolving fractals. The goal is to get your marble to the goal as quickly as possible. There are 15 unique levels to master.

This game is the result of a fractal physics engine I developed that allows fast collisions with fractals and other procedurally rendered objects. As far as I'm aware, it is the first game to ever use this technique.

FOSS is free as in toilet

It is not an abstract resource that can be depleted when overused. It is not magically maintained if left alone. It is based on the work of people, and we should not erase those people.

FOSS IS FREE AS IN TOILET

Nobody believes that a free toilet will be magically cleaned up and maintained, somebody has to do it, and that person would better get paid for it. Sharing a toilet means that you flush, clean up after yourself, and always leave some paper, it’s basic manners. And yet, like toilets, as FOSS gets used by more and more people, it gets more likely that you will see obnoxious people that shit all over your commons and then complain about it. And nobody will want to take care of it.

I really don’t care about your personal carbon footprint. I mean, please do try to lower it, because that’s a good thing to do, but fussing and guilt-tripping over one’s individual contribution to climate change is neither an intellectually nor a morally serious response to a global systemic crisis.

When Michael Young, a British sociologist, coined the term meritocracy in 1958, it was in a dystopian satire. [...] Today, however, we’ve almost finished installing such a system, and we have embraced the idea of a meritocracy with few reservations, even treating it as virtuous. That can’t be right. Smart people should feel entitled to make the most of their gift. But they should not be permitted to reshape society so as to instate giftedness as a universal yardstick of human worth.

Trying to fix a profoundly anchored cultural way of thinking and acting with yet another manifesto (cache) restricted to tech and open source is being blind to what is happening at a larger scale.

10 common security gotchas in Python and how to avoid them

I used to think Open Source was amazing. I've since come to realize just how awful it is.

CMS · Culture · Drupal · FSF · OpenSource · PHP · Volunteer
·
https://steemit.com/opensource/@crell/open-source-is-awful
1 / 4
Links per page
20 50 100
Fold Fold all Expand Expand all Are you sure you want to delete this link? The personal, minimalist, super-fast, database free, bookmarking service by the Shaarli community